Since returning from our trip to North Carolina, we’ve been able to check out some other campgrounds.

It has a nice lake for fishing and swimming, including water inflatables.  The swimming pool was the highlight for us though.  Of the campgrounds we’ve visited so far, it was by far the nicest.

The playground has obviously been updated and was a hit with the kids, as was the jumping pillow.

The roads thru the campground are in desperate need of work.  They are very uneven with tons of ruts and potholes.  The campsites, while nice, are narrow which makes it difficult for larger RV’s.  We had to ask the neighbor across the road to move his truck so we could get into our space and he had to move again so we could get out.  Not convenient for anyone.  However, the spaces have nice shade, with picnic tables and fire pits. 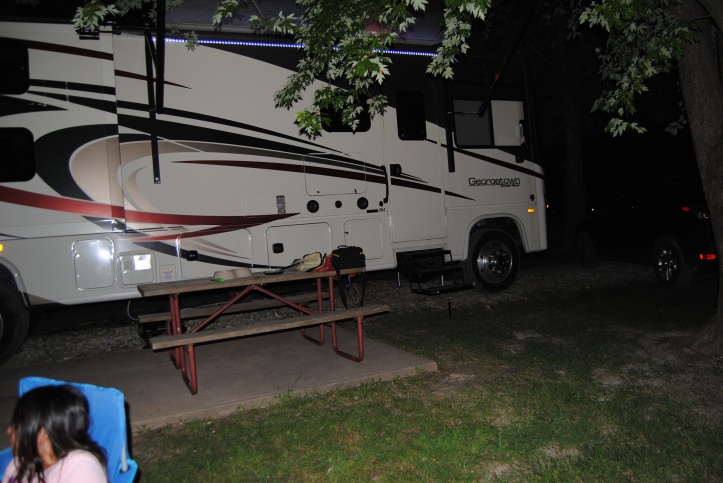 Also, it’s a hike to get to the office/store.  Since they didn’t offer delivery of any supplies, having some form of transportation to carry needed supplies back to the campsite should be considered by anyone staying there.  Unless you get one of the pull-thru sites near the entrance.

Our space was a short walk to the dog park, which was a nice treat for our dogs 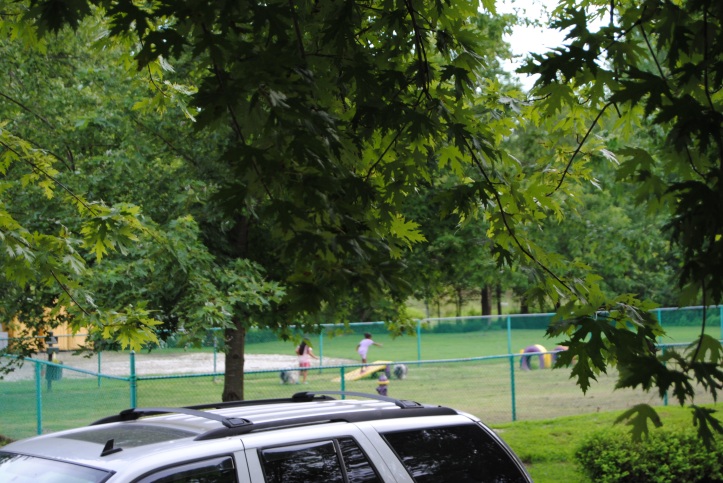 and the large grassy area behind our campsite is nice for playing Frisbee, catch, or giving kids a place to run off some energy.

We introduced the girls to Jiffy Pop. 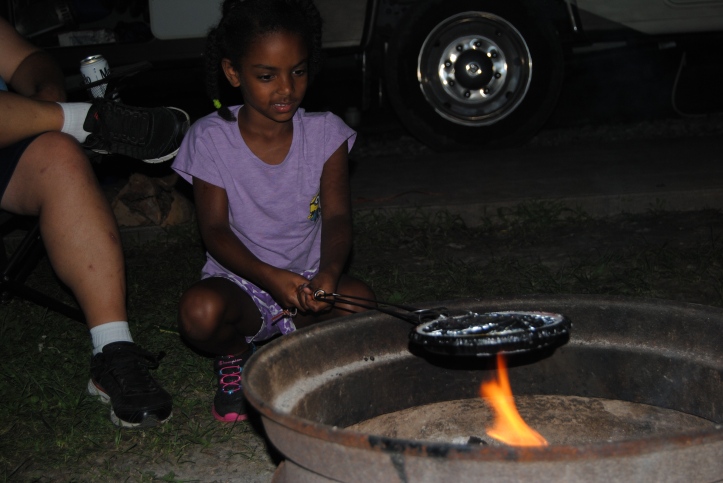 I highly recommended having fun glow sticks on hand.  They are quite entertaining before turning in for the night. 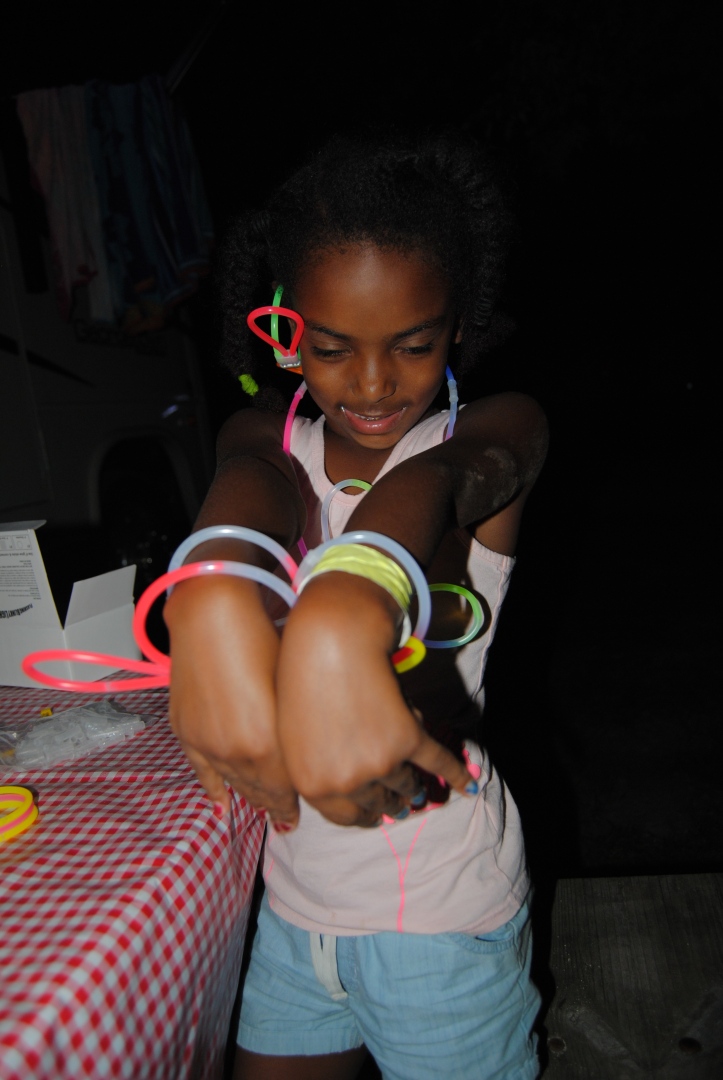 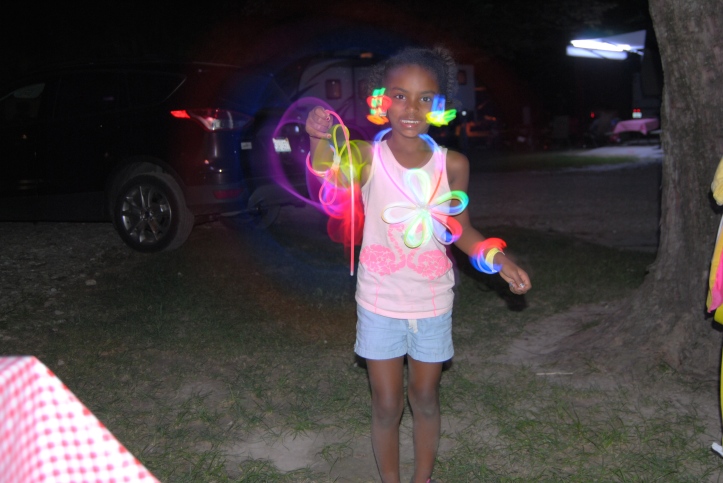 Last weekend we headed to the Richmond, IN KOA.  We were invited by a fellow Guat adoptive family who were going to be there with a camping group.  Unfortunately, the other family had to cancel due to some significant storm damage to their RV during a previous camping trip.  Since we want to check out different locations, we kept our reservation and headed east.

We had read reviews of the campground before the trip and found the #1 complaint was the noise from I-70.

Yes, you could certainly hear the traffic on the Interstate, but it wasn’t nearly as bad as we had anticipated.  While it was part of the background noise, it wasn’t distracting for us.  Unless, you were playing miniature golf.  The little golf course is at the campground entrance and when hubby and the girls returned from their game, I was informed that they needed to yell so they could hear each other over the traffic noise.  Still, they had fun.

The campsites were nice and most were pull-thrus, which I love.

The pool at the campground was small, but in the opinion of my children, any pool that is usable is a good pool.

There is a pond for fishing and a big sand pit for the kids to play in.  However, the majority of the time they spent playing at the playground.  It was a short walk and we could easily see them from our campsite.

While we wouldn’t specifically make a drive to stay at the Richmond KOA, we would certainly return with a group or as a stop-over.