Last year we got our vegetable garden up and running again.  For a number of reasons, it had been dormant for several years and with each passing year I missed it more and more.  Okay, I didn’t miss the weeding so much, but I certainly missed the ability to walk out my back door to retrieve ingredients for a summer night dinner.  I missed pulling a jar from the basement shelf and knowing the contents of that jar came from my garden.  The feeling is so very satisfying.

We have had sub-zero temperatures with about 10 inches of snow on the ground and it’s snowing again this morning.  I believe that is my clue to begin my 2014 garden plan. What will I grow this year?  How will I lay out the garden?  Should we expand the garden or not?  What did I learn from last year’s garden?

Honestly, I’ve had some really good success with my garden, but I can’t say that success has come from vast knowledge.  Truth be told, the majority of my success has been a result of some good old Illinois soil.  But we don’t plan to stay in Illinois and I can’t take this soil with me (although I would if I could).  So, I have been spending more time educating myself and trying to learn from past mistakes.

So what exactly did I learn from last year’s garden?

I won’t be planting grape tomatoes this year.  We just didn’t eat them and I had problems with blossom end rot.  I added calcium to the soil in the form of egg shells and powdered milk, but I don’t believe I put enough calcium at that end of the garden.  We also had some heavy rains and then it got hot and dry.  Not sure I gave those tomatoes enough water during the drought.  So some good lessons learned for the 2014 tomatoes.

The other aha moment about tomatoes came to me recently when I realized just how many jars of my tomato sauce I have been using this winter.  In place of the grape tomatoes, I think I’ll add a couple more Big Mama tomato plants.  It was the first time I have grown them and I was very impressed – big, meaty and wonderful for making my own tomato sauce.

Growing other meaty tomato varieties is also on the garden list for 2014. Ultimately, you don’t know what you are going to like best until you’ve tried them all and I’m still in search of the perfect salsa recipe and would like to try making my own ketchup this fall.  Good sauce tomatoes are a must.

Zucchini!!!  OMG!!!! We had enough zucchini to stock the Wal-Mart produce shelves for months.  Okay, I might be exaggerating a bit.  It’s likely we could have only stocked the shelves for a few weeks, but for our family of 4, it was a lot of zucchini.  Bags and bags and bags of shredded zucchini still fill my freezer.  Despite fighting the squash bugs, I had an awesome crop which allowed me to make several jars of  bread-n-butter zucchini pickles before stocking the freezer.  Zucchini takes up a lot of garden space and quite honestly, I want that space for some other crops this year.  Unless I suddenly start using up all the pickles and shredded zucchini, I think we’ll skip it this year.

The pickling cucumbers I tried to grow just didn’t turn out.  I put them in too late in the year and they didn’t get the water they needed.  It was my first time growing cucumbers and I learned that I need more garden space before I try them again.  They vine out all over the place and hubby will be building a cucumber trellis next time I try planting them.

The onions I grew were great, but I didn’t plant nearly enough.  This year I will be putting in about 4 x’s the onion sets I did last year.

Spinach and kale are two crops that I plan to grow this year.  The are cool weather plants so I’ll be putting them in early spring and maybe again in the fall.  They are great additions to soups and salads, so freezing a good crop of spinach and kale will be a nice addition to our freezer supply of food. 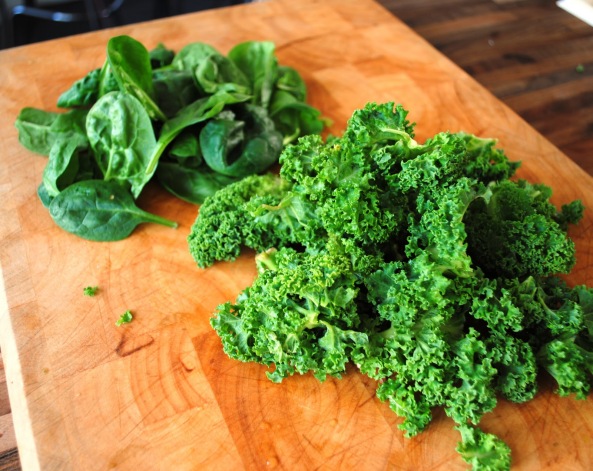 Peas are another addition to the garden list this year.  Easy to grow and easy to can or freeze for use during the fall and winter next year.  Another early spring plant for my garden and one that will need some fencing as they need something to hold onto as they grow.

I really wish I would have put in a crop of green beans last year.  I love having a nice supply of canned green beans on the shelves.   Heat them up as a side dish or throw them in soups or stews.

We had peppers, peppers and more peppers from our garden last year.  I have jars and jars and jars of pickled jalapeno and Serranos stored.  I will likely put in a Serrano and jalapeno plant as I work at finding the perfect salsa recipe for canning, but I’m e.  What I wish I would have had this year is more red and green peppers in the freezer.  I kick myself every time I purchase another pepper at the grocery store this winter.  So more sweet peppers will grace the garden this year.

I’m still in the planning stages and haven’t decided what else to put in the garden this year.  My dilemma isn’t deciding what to grow, but how much.  With a move in our unforeseen future, I’m trying to find the right balance of growing and preserving what we need, but not so much that we can’t move it all.

There is certainly a lot to be learned from gardening and I don’t anticipate that I’ll ever figure it all out.  But as long as I have a garden, I’ll have good food for me and my family and the neighbors 🙂