Hubby, the girls and I will leave soon on our cruise.  This will be the 4th for hubby and me, but the 3rd for the girls.

As much as I love cruising though, hubby and I have been discussing future trips.  Do we take another cruise?  Do we visit Europe?  Do we visit Canada?

We’ve seen most of the U.S.

When hubby was in the Army, he spent two years in Germany and I believe he visited Austria, but that’s pretty much it.

He’s been to Canada on business.  Toronto to be exact and I think he visited another time as a child.

I’ve never been to Canada.

I’ve never been to Europe.

Until fairly recently, neither were on my bucket list of places to travel.  As I’ve learned more about these countries though, they have not only made the bucket list, but have quickly moved to the top. 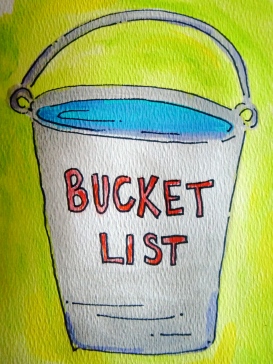 It doesn’t seem like this is a decision that needs to be made in the near future.  After all, we are leaving on a cruise soon.  However, if you’ve never cruised, you may not be aware that the cruise lines often offer some good deals to those who book their next cruise, while on their current cruise.  I am in favor of taking advantage of a good offer.

Hubby has pretty much nixed the idea of a European cruise and after some discussion, I think I agree with him.  It is a long way to fly just to go on a cruise.  Our time would probably be better spent traveling around Europe and seeing as much as we can.

But what about a cruise to from the U.S. up to Nova Scotia?  Get off the ship, stay in Canada for a few days and then fly home?  Cruising and a trip to Canada all in one?

2 thoughts on “Cruising or Something Else?”