It was January 31st, 2018.  I was sitting in the parking lot of the girls acting and art school when my phone rang.

“Hi, we have a baby boy who is 5 days old and being released from the hospital.  Would you be interested in taking him?”

After getting all the information, I said yes.

In the State of Texas, just because you say yes to a placement, doesn’t mean you are getting that child.  All agencies who respond to the broadcast regarding a specific child(ren) wait on the case worker to choose the family.  So on our way home from the girl’s classes, I got the call saying we were chosen.

I rushed home as quickly as I could and a short time later our agency manager arrived with her portion of the placement paperwork.   Not long after, the case worker arrived carrying a car seat with a precious baby, snuggly wrapped up and strapped in tight.

We oo’d and ah’d over the little guy and began signing paperwork.  A few minutes later the case worker says something about “she,” to which I responded, “Wait!  He is a she?”  We discovered that the CPS supervisor accidently checked the wrong gender box and the baby boy we thought was arriving to our home was actually a baby girl.  LOL!!!

We completed the paperwork and the case worker left, followed shortly thereafter by our agency manager.

Just 4 days earlier, we had tearfully said good-bye to another baby girl that had arrived to us straight from the hospital.  We were all so upset by her leaving, that we had a family meeting to discuss whether or not we wanted to continue fostering.  Even with broken hearts, we all knew we had to continue on and suddenly my nights were once again filled with night-time feedings, diapers and baby cuddles.

A couple of days after she arrived, I took her for her first visit with her mom.

It was cold and I had her all bundled up as I carried her into the CPS office.

I walked to the front desk asking for the case worker when a woman jumps out of her chair and says, “That’s my baby!”  She then asks, “Can I give you a hug?”  We hugged and she says, “I was so scared that had given her to someone crazy!”  I didn’t have the heart to tell her that it takes some level of crazy to become a foster parent, but that first meeting with mom made me feel that she did in fact love this baby girl and may actually do what she needed to do to get her back.

The girls very quickly fell in love with Little Miss A.

She was a precious baby, so it was easy to love her.

I even enjoyed the middle of the night feedings.  A time when it was just the two of us, in the quiet of the night.

As most newborns do, she slept often and one of her favorite places to sleep was laying on hubby’s chest.

It’s amazing to watch babies.  They change so quickly.

Her straight black hair began to curl ahd her light skin began to darken.  We began to see her personality shine thru.

She was tiny little thing.

When she arrived, she weighed about 6 lbs and while she gained weight steadily, she gained slowly.

But she did get bigger. 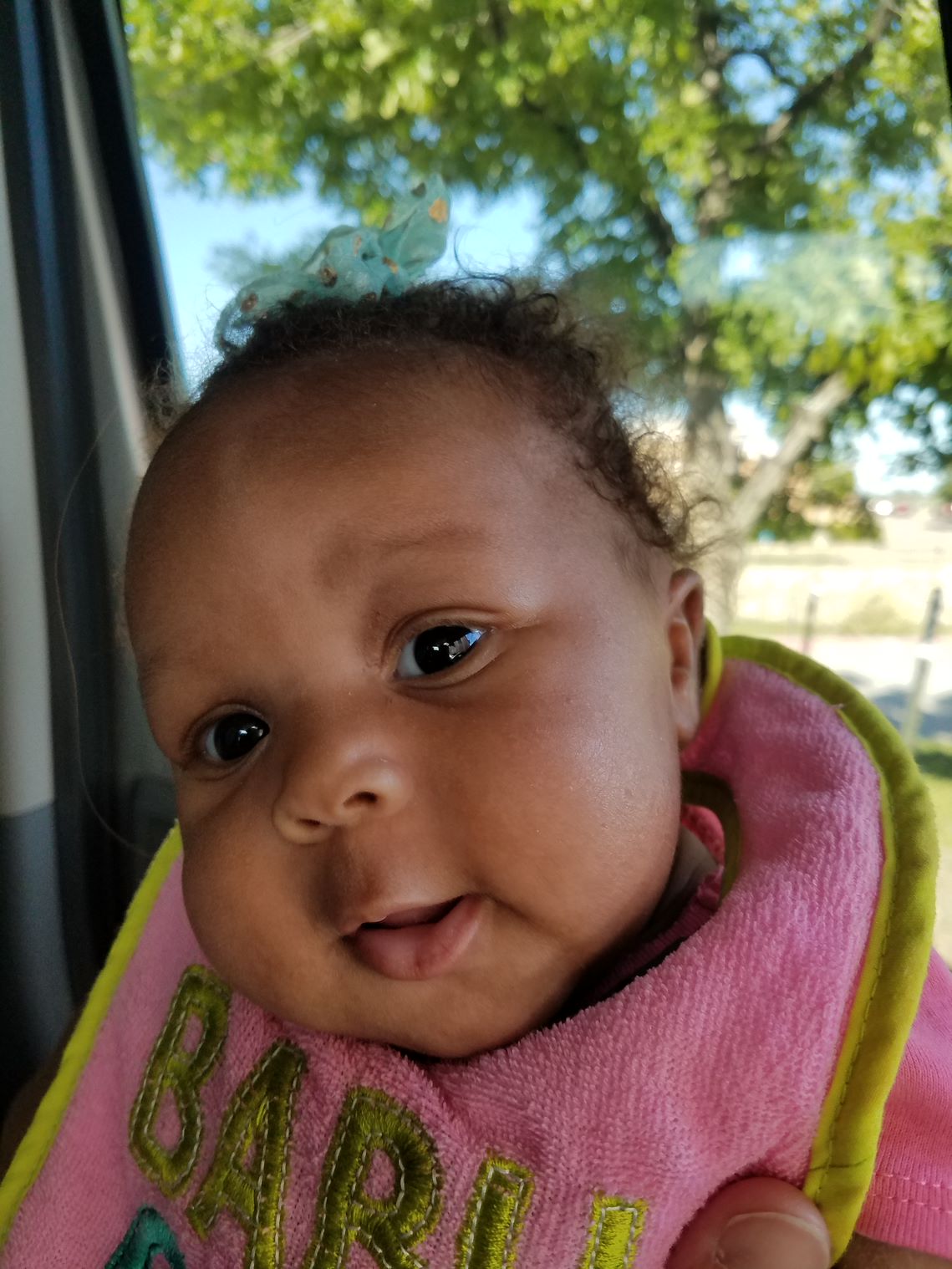 Each week, a transporter would pick her up and take her to visit her parents.  Then two hours later, I would leave and go pick her up.  This gave me a chance to talk to her mom for a few minutes after each visit.

At first, her dad wasn’t attending visits, but eventually he began coming as well so I was able to chat with him, although he was much more the strong silent type.

With mom and dad attending visits regularly, I thought she would eventually go back to live with one of them.  In the State of Texas, reunification is the goal, but another goal is to find a family member who will take the child(ren) while mom and dad work on their given plan.

Each month, the case worker would come for her monthly visit and give me an update.  Those updates included information about another family member that was contacted or was being contacted about taking her.  We braced ourselves for one day saying good-bye.  After all, we had said good-bye to 7 other children who went to live with family so we didn’t expect this case would be any different.  Yet each month, placement with a family member fell thru for one reason or another.

And she continued to grow.

And we saw so many different sides to her personality. 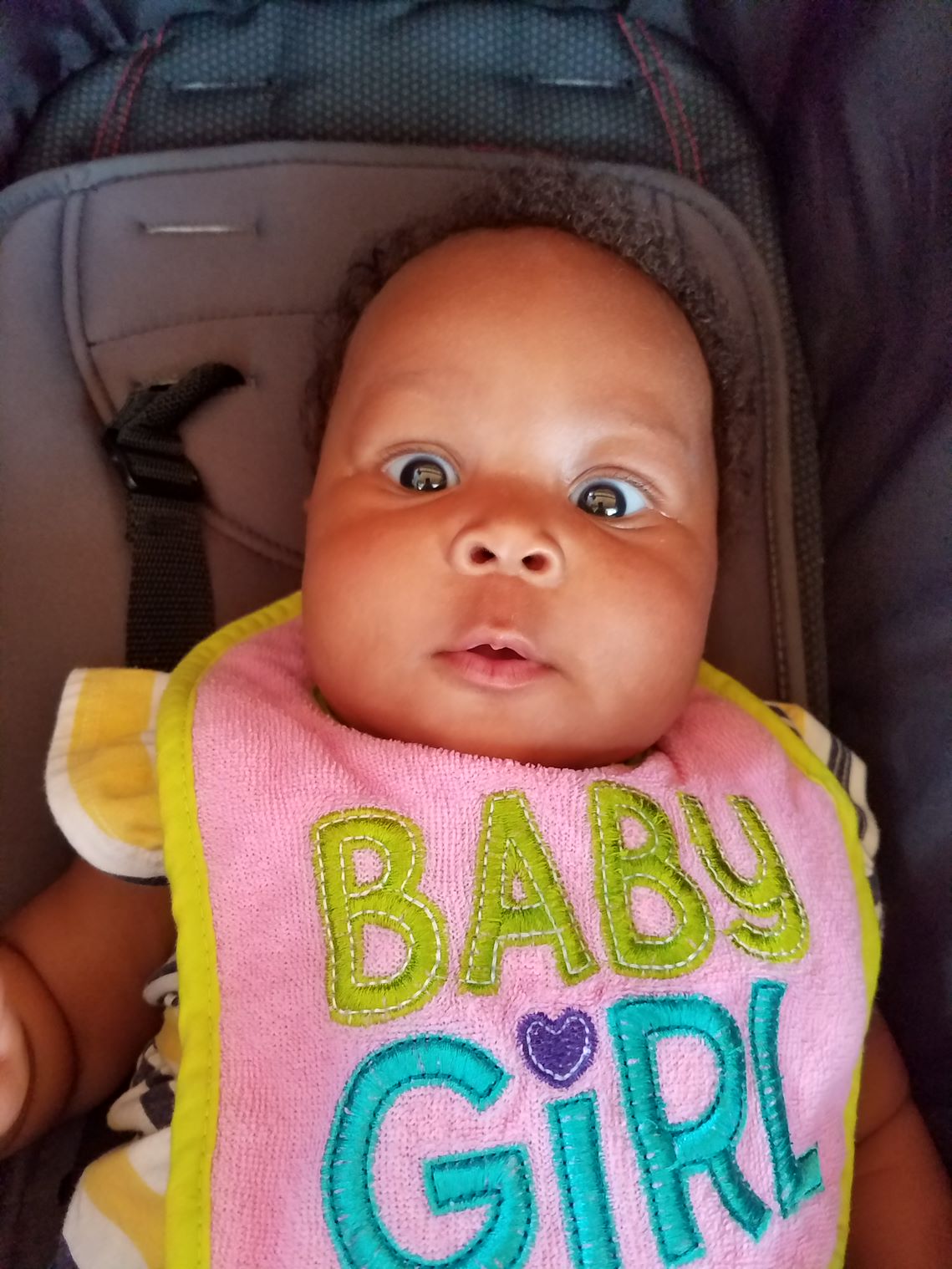 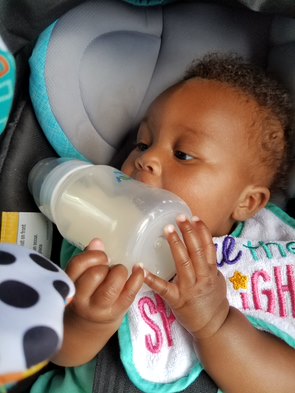 We had plans to take a vacation to Illinois and Florida, which required getting permission.  Little Miss A’s mom didn’t hesitate to give us permission to take her, which was  a huge relief since I couldn’t imagine putting her in respite care while we were gone.  By this time, she was so firmly attached to us (especially me), that I wasn’t sure she would do well being away from us.

She was a great little traveler and she was happiest when she was with us.

And we were pretty darn happy with her as well.  We knew she might leave us, although it had become impossible to imagine our lives without her.

Shortly after getting back from vacation, I got a call from her case worker.  She said Little Miss A’s mom wanted to know if we would be willing to complete an open adoption.  I told her we would, but asked what her dad thought about it.  After all, she had two parents and both would have to be willing to give up on reunification and reliquish their rights.  She didn’t have an answer, so we would just have to wait and see what happened.

Time went on and nothing was said about adopting Little Miss A until I asked the case worker for status on the case.  She still didn’t have any answer, but then things began to change.

Then mom began to cancel visits.

Before long mom quit showing up altogether and we were asked by the case worker once again if we would be willing to adopt Little Miss A.

All the potential extended family placements had fallen thru and in December, the case went to mediation.

At mediation, the goal was changed from reunification to non-relative adoption and a few days later, the judge terminated dad and mom’s rights.  We now needed to go thru the 90 day waiting process which gives parents 30 days to appeal the termination and a full 90 days for other family members to come forward requesting the child be placed with them.  Considering all that had happened over the duration of the case, we didn’t have a lot of concern, so we just moved on and waited out the 90 days.

And we did things as a family like ususal.

Eventually, the case was turned over to the adoption unit and we were told to hire an attorney to handle the adoption for us.

Visits with the CASA and the adoption case worker began and before we knew it, we were given an adoption date.

Which is why I was able to share so many photos of our beautiful baby girl with all of you.

17 thoughts on “One More Time”